A clipper system which came all the way from Yukon brought a bout of significant weather to the Prairies yesterday and today.

To begin with, the system brought record winds and high temperatures to Saskatchewan and Alberta Wednesday morning. Edmonton Int'l saw a peak gust of 106 km/h, the strongest gust ever recorded in January. Old record was a gust of 105 km/h on January 8, 1967. Even more impressive, wind gusts reached 120 km/h at the Edmonton municipal airport near downtown, which was not only the strongest ever in January but also an all-time record for any time of the year! Old record there was 117 km/h on June 6, 1960.

Same story in Saskatchewan, where wind gusts reached 115 km/h in Saskatoon, the strongest ever recorded in January as well in the city. Old record was 111 km/h in 1986.

Although not as strong, wind gusts of 80 to 100 km/h were recorded in southern Manitoba yesterday afternoon and evening. Peak gust was 104 km/h in Portage la Prairie, not a record. Winds in Winnipeg reached 80-85 km/h before midnight and behind the cold front.

Here's a list of maximum wind gusts yesterday and today in the 3 Prairies provinces as of 9 am:

The record winds caused semis to flip over, and lots of additional damage. A summary of the damage around Edmonton can be read here and near Saskatoon here.

Several record highs were also broken yesterday, including in Winnipeg. A high of 3.3°C at the airport broke the old record of 2.2°C in 1973. Also of note, this was a 30.7°C increase from a low of -27.4°C in the morning! Here's a list of other records broken across the Prairies yesterday according to Environment Canada (note, not ALL records are included here):

Some of these locations not only broke but smashed their old record by 2 to 4 degrees.

The winds have created blizzard conditions in the RRV this morning, as seen in the following webcam image of Emerson: 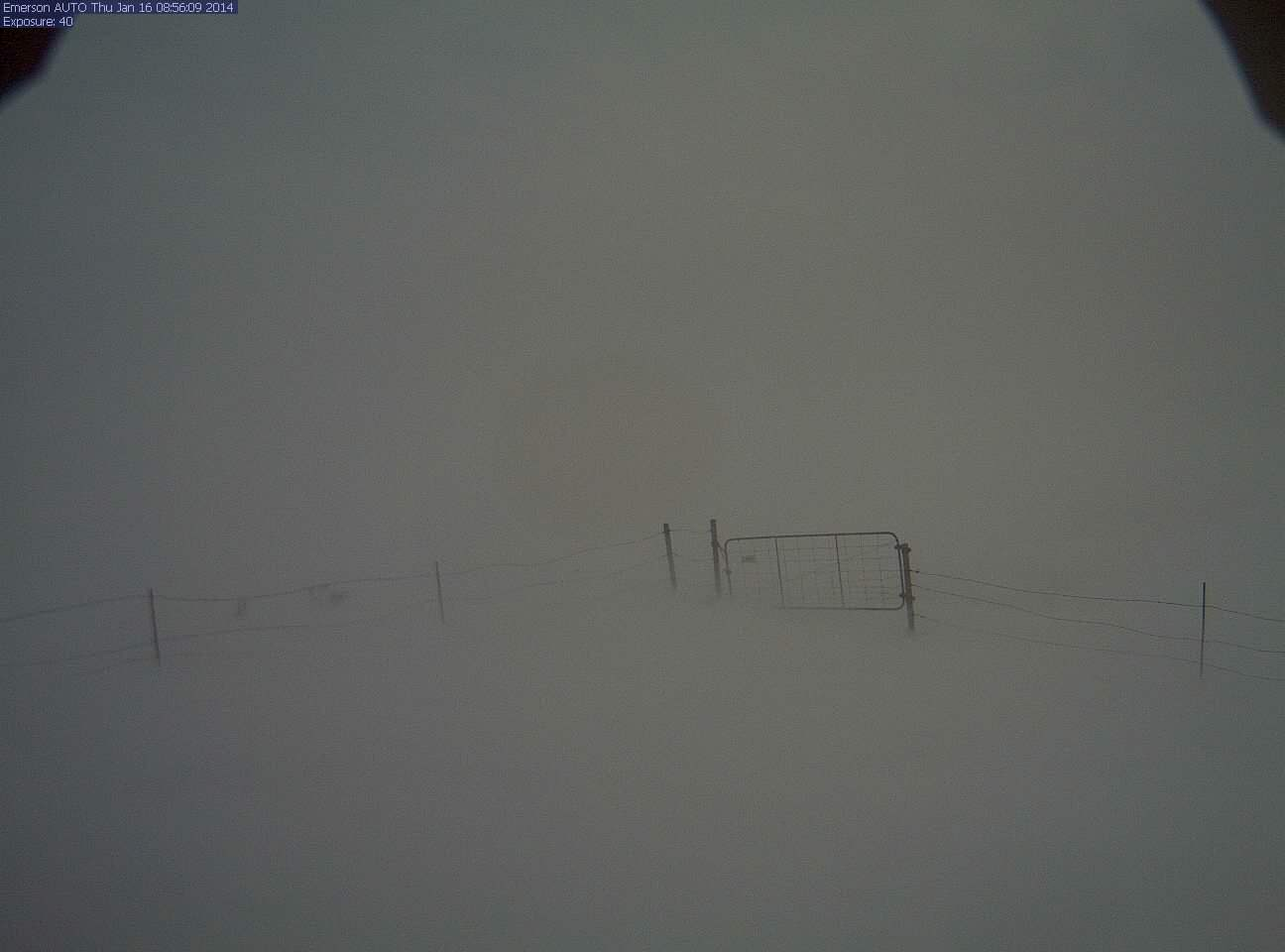